Facts About Rats You May Not Know

Of all pests, rats cause one of the strongest reactions in people. Here are 7 facts about rats that reveal why they cause so much trouble and stress in our lives.

Why is it Hard to Get Rid of Rats? 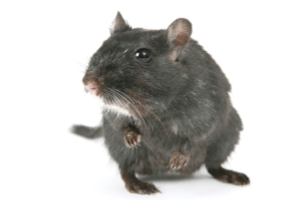 One of the reasons a rat infestation is so hard to identify is they are mostly active at night.

Add this to the fact that rats are shy and avoid conflict.

When you see more than one rat, day or night, it’s safe to assume you have a rat infestation.

2. They Live in Packs

Rat packs normally begin with a mated pair led by a dominant male. In some species, dominant females or a group of males work together to control the group. New packs form when a breeding pair moves to a nearby location and produces offspring.

3. Rats and Mice are Omnivores

While they often prefer meat, they will eat grains, sweets, and vegetation. A ready supply of trash means rats love large cities. Lacking easy food sources, they are eager to enter homes and scavenge.

One of the most disturbing facts about rats is they become fertile after three months of age. With a gestation period of less than a month and litters of up to 22 babies, the brown rat can produce over 2,000 new rodents a year. While other species of rat produce lower numbers, they are still significant.

Rat teeth grow continuously at a rate of 4 to 5 inches a year. Rats chew to keep their teeth from growing out of control. They can bite through metal, concrete, and wood. Combined, their need to gnaw, and their devastating teeth, make them a danger to walls, pipes, wires, and people.

Different species of rats have caused the extinction of birds, mammals, and reptiles on islands. On others, they have devastated species of trees and kept them from re-growing.

While not native to most areas, rats adapt easily to new environments. Through the need for space and varied diet, they drive out the competition, sowing chaos on the local eco-system.

Add to this that rats carry disease along with parasites that spread disease. While recent information reveals that fleas spread the plague, rats carried the fleas. Other diseases spread by rodents can be hazardous, especially to pregnant women.

In addition to their ability to chew through almost anything, rats are amazing climbers and jumpers. Able to squeeze through an opening no bigger than a quarter, they will enlarge it with their teeth if necessary. Once inside, they keep to quiet, low-activity areas and breed.

While rats and mice serve a purpose in nature, they are detrimental to your home and your health. Croach® is dedicated to getting rid of rats and removing their temptation to return.